growing a garden as a family 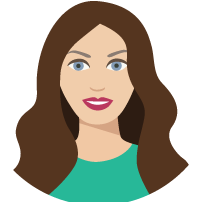 My kids are kind of picky about what they eat. One thing that I am grateful for, however, is the fact that they are always open to eating fruits and vegetables. Their love of fruits and vegetables is what encouraged me to plant my first fruit and vegetable garden. I thought that the kids would enjoy growing the foods that they enjoy eating and that we could create a lot of fond memories that they may cherish and share with their own kids one day. This blog is all about growing fruit and vegetable gardens as a family. You will find tips for a more successful garden and get some ideas about the tasks that the kids can take care of to ensure the produce is perfect for their enjoyment.

Owning a wheelbarrow can make all sorts of garden projects easier and quicker. If you're interested in buying this device, a visit to a garden center in your area will give you a chance to check out several different models. While the color of a particular wheelbarrow's tray might be the first thing that catches your attention, it's important to carefully assess a few models so that you can choose the right one. There are several different features that you'll find on some wheelbarrows that can be valuable. Here are three examples.

There are lots of wheelbarrows that have just one wheel, and there's little question that you can successfully use this device for several different yard projects. A wheelbarrow that is equipped with two wheels, however, can often be a better choice. The main advantage of two wheels is the stability that they provide. Whereas a one-wheel wheelbarrow can sometimes tip when you have a heavy, unbalanced load or you're on slanted terrain, this will be highly unlikely with a wheelbarrow that has two wheels. It can be demoralizing to have your wheelbarrow tip over and spill its contents, so choosing a two-wheel model will ensure that you don't have to face this issue.

When you look at different wheelbarrows, you'll likely see some models that advertise having "flat-free" tires. This means that the tires are made of solid rubber, rather than having an air-filled inner tube. A flat-free tire will not pop, which is handy because you won't need to worry about repairing or replacing it. Similarly, this tire won't lose air and require you to inflate it before you're able to move the wheelbarrow for your project. When you're evaluating models with flat-free tires, look for tires that have treads that will provide a lot of traction.

Wheelbarrows either have plastic or metal trays. While there are some advantages to those made of metal, choosing a model with a plastic tray can often be a better choice. This heavy-duty plastic is highly resistant to damage. Conversely, a metal tray can sustain scratches and dents through regular use, which can eventually lead to rust. Over time, rusty areas can fail, resulting in holes in the tray. In general, you can expect that a plastic tray will be very difficult to damage. Look for a wheelbarrow with these handy features at a local garden center.